News and Notes from the President

Due to the recap of the Open House at Wildhaven Nature Area in the President’s note, this article will also serve as the Nature Areas Update.

I am pleased to announce that Dee Dokken is our new Conservation Chair. Dee joined the board in September.  She also serves as Conservation Chair for the Sierra Club and regularly attends city council meetings.

Bringing Back a Little “Normal”

Columbia Audubon will hold a regular, monthly membership meeting and program on Wednesday, October. 20th, at 7:00 p.m., at the Unitarian Universalist Church of Columbia, 2615 Shepard Blvd. This will be our first in-person gathering at our pre-COVID19 “meeting home” since February 2020. We’ll start with a discussion of Noah Strycker’s book, Birding Without Borders, and his October. 15th presentation at MU, followed by a membership meeting. We hope to see you there.

If you want to see Noah Strycker’s talk, but don’t want to go to the Monsanto Auditorium in the Bond Life Science Center, you can watch a live feed by going to https://youtu.be/K20OZey6N1c. The talk starts at 6:00 p.m. on October 15th.

Columbia Audubon will host Columbia Public School District (CPS) second graders at CANS again this year.  The Banding with Nature program will be held on Monday, October 25th, Tuesday, October 26th and Wednesday, October 27th.  If you would like to volunteer for a morning, afternoon or all-day shift, please contact Bill Mees at 445-7781 or jandbmees@mchsi.com.  Also, CPS is sponsoring a pumpkin walk open to the public on Thursday, October 28th.  If you would like to donate a carved pumpkin (jack-o-lantern) for this event, please contact Bill at the number or email above. 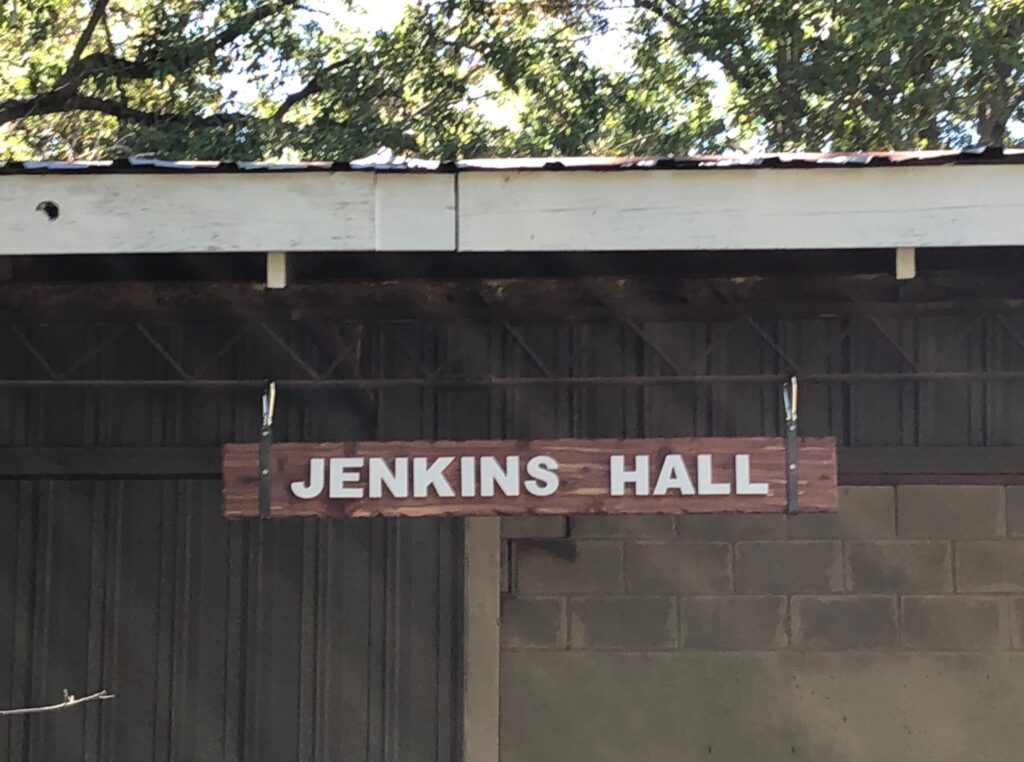 The board voted to name the old storage building at Wild Haven Jenkins Hall. Lee Jenkins donated the property to Columbia Audubon. Thanks to Eric Reuter for donating the cedar plank for the sign, to Bill and Jan Mees for creating and installing the sign and to all the volunteers who cleaned out the building to make it usable.

I received an email from someone who bought 4 sets of Bird Strike preventers, but since the windows on their house open out, they can’t use them.  If you are interested in them, please contact me at jgast@socket.net.

Over 40 people, ages 4 to over 80, attended the open house, general meeting and picnic at Wild Haven on Sunday, September 19th.  Included in the group were neighbors, members (including a few inactive members such as Mark and Joe Zachar), CoMoGives donors, potential members and visitors. 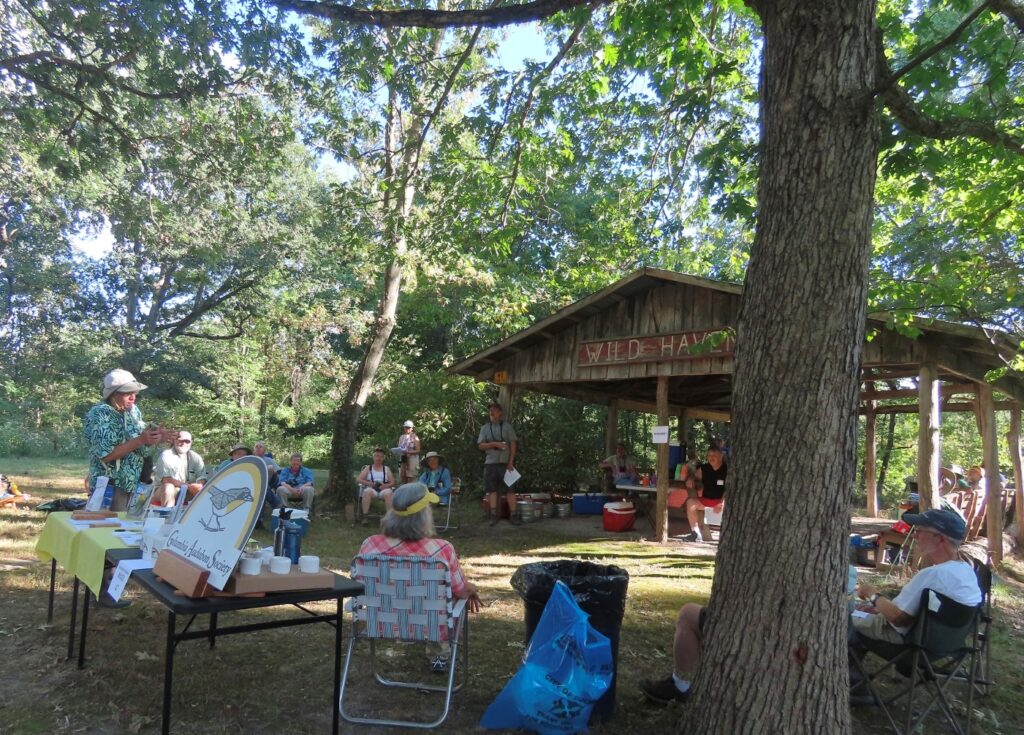 Neighbors Armon Keaster and Judy Grundler worked with Lee Jenkins in the Department of Entomology. They mentioned his extensive collection of photographic slides, including wildflowers, mushrooms and fungi, and insects. They mentioned that Lee would give a single 35mm slide as a calling card in correspondence with friends and colleagues. Neighbor Michael Sapp recalled going on fishing trips on the Gasconade River with Lee Jenkins. Jerry Martin, who sold a small piece of his property to Audubon because “he couldn’t farm it,” was also there.

Lizette Somer and Cathy Patterson with Raptor Rehab presented Baylor, a red-morphed Eastern Screech-Owl and Ebezener, a Barred Owl. There were hikes on each of the three trails.  A total of 26 bird species were reported on eBird for the day. 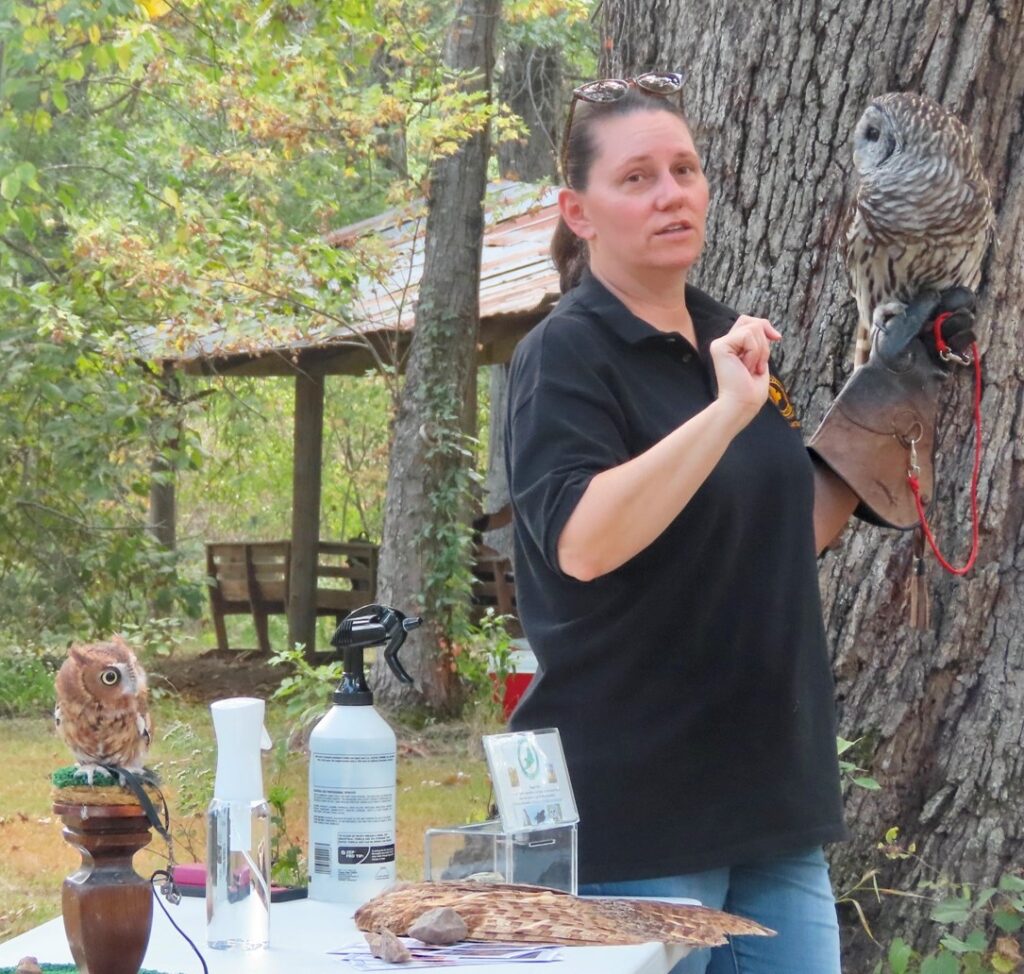 The membership meeting began by singing “Happy Birthday” to Dave Bedan.  It was Dave’s _5th   birthday.  John Besser was recognized for his service as president and then Jan Mees asked for a volunteer to take over the CoMoGives campaign starting in 2022 (if interested, contact me at jgast@socket.net).  We then discussed and voted on the revised by-laws which passed unanimously. They go into effect October 1, 2021.

The beautiful afternoon concluded with a picnic.